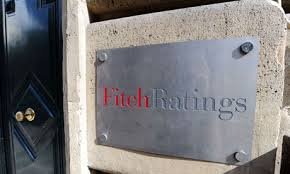 Fitch Ratings has affirmed Malta’s credit rating as ‘A’ with a stable outlook on the back of a declining deficit and a strong economic performance.

Fitch said public finances continued to improve gradually and expected the deficit to fall to 1.8 per cent this year.  It also pointed out that although fiscal consolidation was expected to gather pace, meeting the targets would prove challenging.  Fitch expects revenue to reach a record high of 42.8 per cent of GDP this year but pressure on expenditure will be driven by a higher public wage bill.  It said that the higher wage bill was reflecting in part a rise in the number of workers in health and education.  Social benefits and pensions are also expected to up the pressure on expenditure.

The agency expected general government debt to “fall modestly” in the medium term but remain well above the average of 47.2 per cent of GDP for A-rated countries.  However, the improvement in debt-to-GDP ratio is expected to be significant over a four-year span, dropping to 65 per cent in 2017 from almost 70 per cent two years ago.  Government-guaranteed liabilities, which stood at 16.9 per cent of GDP at end of 2014, are among the highest in the EU and will continue to weigh on credit worthiness.

Fitch said most guarantees are related to State-owned enterprises, particularly Enemalta.  The agency did note though that last year’s purchase of 33 per cent of the State energy company’s assets by Chinese firm Shanghai Electric Power has contributed to an improvement in Enemalta’s financial position.  The agency believes the economy will continue to outperform that of other Eurozone countries, even as GDP growth is set to moderate slightly from 2016 onwards.  It forecasts that the economy will expand by some 3.6 per cent this year, above the average for A-rated countries.

Growth has been primarily driven by private consumption, which retained momentum in the first quarter of 2015.  This was helped by falling unemployment, lower energy costs and steady credit growth.  Although industrial production contracted in the first three months, Fitch expected investment to pick up as a result of the construction of the gas power plant and the completion of EU-funded projects – funds have to be spent by end 2015 or will be lost.

The tourism and gaming industries are expected to remain the main economic drivers but Fitch highlighted some risks from rising labour costs and a loss of price competitiveness.


As for the banking sector, Fitch said capital markets remained very liquid with the loan-to-deposit ratio of domestic banks at 63 per cent.  Fitch said core retail banks with a direct impact on the economy have a balance sheet of around 260 per cent of GDP.